For the past month we’ve been digging into the appeal of “open concept” and today we’re going past attraction and tackling functionality. Open concept sounds easy in theory, but what happens when three spaces  that were once separate rooms now have to work together?  Good design is a lot more than pretty features, it’s about designs that work. Let’s look at some of the ways to make your open-concept space work.

I recently heard about the renovation of the kitchen in a small bungalow.  The walls surrounding the kitchen were torn out – opening up to the living and dining room.   New kitchen cabinets were installed.  The island was placed near the center with a support post going through one end (replacing what had been a bearing wall).  Both outside walls were lined with cabinets, pantry units and appliances.  The kitchen had grown, so much so that the entire space that before had been three rooms had become a kitchen!!  There was space to eat – in the kitchen, and there was a TV – in the kitchen, but there was no soft seating, no coffee table, no fireplace or sectional….. just kitchen.   You arrive through the front door and you are in….the kitchen?!

I’m not sure they knew what they had done before it happened. Open concept is not one room.  It is one space but it still needs to “work” – it needs to work hard and give you spaces that work hard – letting you do different things, and helping you to do them better than you did before – not worse.

You don’t want to walk into a room and feel lost. 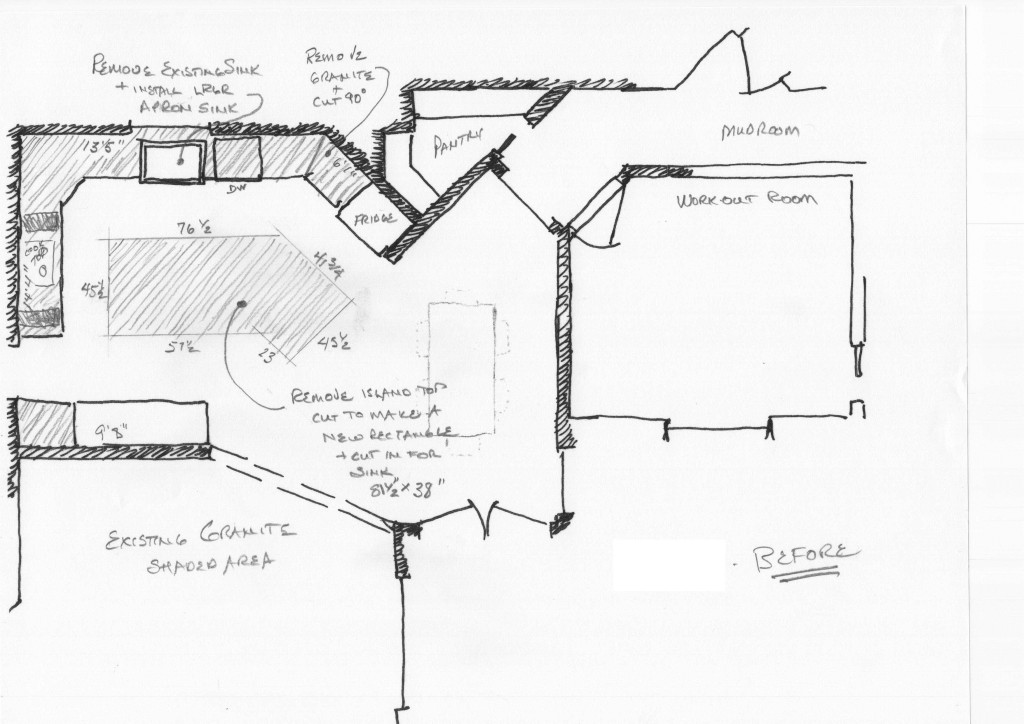 We are just finishing a project where before we started, a kitchen with an eating area was connected around a turn, through an archway to a family room.  Down a hallway passing a workout room, it was connected, to the garage and a mudroom.  The power room was off the fitness room and was not accessible to the other parts of the house.  Across the hall from the kitchen was a dining room.   Lots of rooms, but they didn’t work well, not for how this couple wanted to live (besides, the style was all wrong for them too).

After the renovation, the dining room was re-imagined as a gallery.  We transformed the fitness room into a unique eating area  (reclaimed beams overhead and a sliding barn door with a stone wall on the end) and opened it up to the kitchen – all those features became visible from the kitchen.   We then connected the powder room to the mudroom and the garage, as well as to the back deck (talk about hard working). 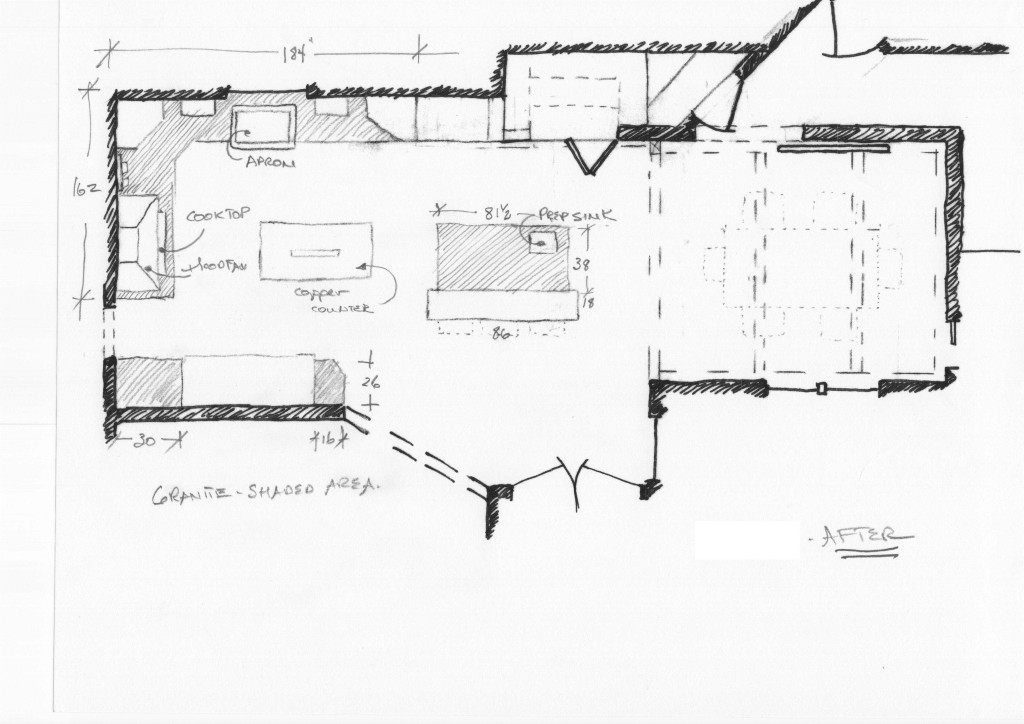 The kitchen was dramatically rearranged so that it now has two islands – one for cooking (right next to the stove top and wall ovens) and the other for food prep (with a sink, and right next to a walk-in pantry) and entertaining (with a raised bar).   The entertainment island looks directly into the family room.   In the family room, two large windows were replaced by a thirteen foot wide lift-and-slide door that opens directly onto the back deck.

These are not only stunningly beautiful rooms that suit the style of their owner, but they are working harder than they ever did before, while achieving an open-concept layout and feel.

With these two examples its easy to see that with the one story, creating an “open concept” space produced a single large kitchen  In the second story, with a well thought out and planned design, it’s clear that “opening up” the space produced spaces with valuable functionality, livability and movability- the space worked.

TLC is dedicated to making spaces work hard, ensuring that you not only get the design that you want but also the functionality that you need.

What are your functional needs? Let us help.

Niagara’s Mid-Century Homes Gets Hit with the Renovation Itch

What Goes into a Renovation Budget in Niagara?